Home » Blog » Origin of Quiz » The Origin Of the Word Quiz 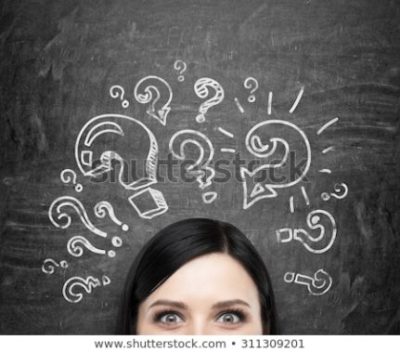 Have you ever wondered how quizzes were first created?

In this post, you will probably discover for the first time the origins of the word quiz and learn how it developed over time.

Quiz’ is a relatively new word. It first came into use in the late 1700s, making it a little over 250 years old, and there’s a curious story about its origin. The tale goes that it emerged from a wager made in 1791 by Richard Daly, manager of the Theatre Royal in Dublin. Daly bet his friends that within 48 hours he could make a nonsense word be spoken throughout Dublin — specifically, a word having no meaning nor derived from any known language. His friends took him up on the bet. So Daly sent out his employees to write the word “QUIZ” in chalk on doors, windows, and walls throughout Dublin. The appearance of this mysterious word became the talk of the town, allowing Daly to win his bet. And it caused the word ‘quiz’ to pass into popular usage. There’s a number of reasons to doubt this story. For one, it first appeared in print in 1835, 44 years after the event supposedly took place. The story took the form of one of those small blurbs of trivia that newspapers and magazines used to pad out their columns. It ran in a number of publications, such as the New York Mirror (May 2, 1835), The Mirror (Feb 21, 1835), and The London and Paris Observer (Feb 15, 1835). However, it’s authorship wasn’t attributed, or attributed only by initials, so we have no way of knowing how the author knew his information. Perhaps a newspaper editor simply made it up. (The most elaborate version of the story is found in Frank Thorpe Porter’s Gleanings and Reminiscences, 1875. Porter doubtless embellished it.)http://hoaxes.org/weblog/comments/the_origin_of_the_word_quiz

Have you asked yourself why people love to take quizzes?

In general, a quiz is a form of game or mind sport, in which the players (as individuals or in teams) attempt to answer questions correctly. It is a game to test your knowledge about a certain subject. In some countries, a quiz is also a brief assessment used in education and similar fields to measure growth in knowledge, abilities, and/or skills. Moreover, quizzes are usually scored in points and many of them are designed to determine a winner from a group of participants – usually the participant with the highest score. They may also involve eliminating those who get too many questions wrong, the winner being the last man standing.

In quize.club  quizzes aren’t planned to be that academic, but rather are a fun and entertaining way to learn about a variety of topics. For example, you can take Trivia quizzes to learn about the world or play the hilarious Personality quizzes to know about traits and moods, or you can search the ones about Love, Riddles …..

Thank you for reading our post. We hope you learned something new today,  please don’t forget to share this article with your friends and family