Advertisement
Page 1 of 6 Prev Next 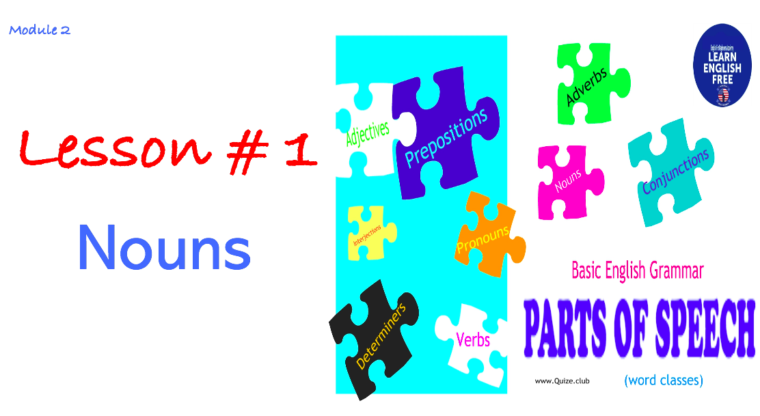 Hello and welcome back to English FBA (English For Beginners Academy).

In Today’s lesson, we will be talking about Nouns.

We learned from the previous course that nouns are one of the parts of speech in English. They are considered as a major word class that contributes to a great extent in the content of any given sentence or phrase.

Nouns are divided into two types depending on whether the entity or concept they belong to is unique. In other words, if the concept is private (unique),  then it is considered  ‘proper noun’; but if it used to refer to a concept that is common  (more than the same) then we call it a ‘common noun’.

Now let us get a closer look at this category and learn more about it.

A noun is a word that names a person, place, thing, substance, quality, or an idea.

A common noun names any person, place, thing, substance, quality, or an idea.